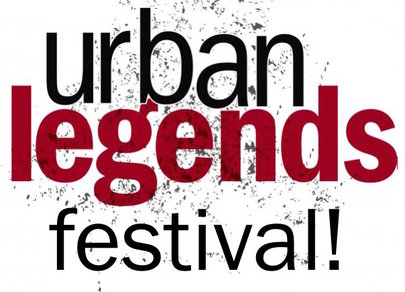 June 7, 14, 21 | 5pm
Pocket Theatre
Ever heard of the woman who tried to dry her poodle in a microwave? How about all those stories about Sasquatch lurking in the woods?  Or the one that there are people trying to steal your kidney?  Ah, the urban legend! Some believe these stories to be true.  And some urban legends are true!  Some recognize them as modern folklore.  Pacific Play Company celebrates  the Urban Legend by commissioning 7 local writers to write short pieces - stories that will either send some chills down your spine or tickle your funny bone but will all be entertaining.   Join us for this series of staged readings organized by genre at the Pocket Theatre.
﻿June 7th  "Strange Death" ﻿
We kick off the festival with short plays based on very spooky urban legends - all the more creepy because some of these plays are based on true stories!   These are the dark tales about how people die beside the road, modern day exorcisms, stolen kidneys and horrendous car accidents.   Some of these will raise the hair on the back of your neck, some will make you laugh and others will find you gasping!

June 14th "Epic Conspiracies"
﻿These two works are about conspiracy theories - the complex cousin to the urban legend.   One explores the mysteries surrounding the JFK assassination 40 years after the event and the other is about the rumored water boarding interrogations of suspected terrorists in the custody of the CIA. These plays will make us question the reality of what we believe to be true and whether we should ever allow our government to abandon due process.

CONSPIRACY by Beau Prichard
THE TERRORIST by Morgan Ludlow

June 21st "Peculiar Love"
Ah love!  It has so many mutations and creepy twists  it's no wonder urban legends are rife with tales of love gone bad.  On this final evening we dive head first into this cesspool of misguided obsessive love.   Some of these stories are so bizarre they are actually true!   They are hilarious, dark and sometimes moving and all of them will give you something to talk about for your after-theatre drinks and we couldn't ask for more - that's what great theatre is all about!